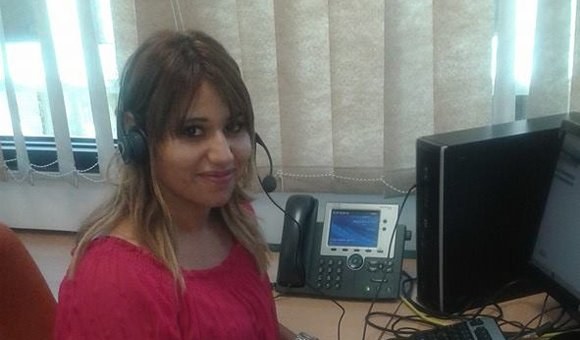 After the training not only did I start to believe in myself and become more energetic, but I also started to offer financial support to my parents and I’m helping my father pay off our family debts.

Unemployment is inescapable in the center of Tunisia, and Wided was aware of it since she was young. She watched as her sister spent seven years looking for a job and as tens of thousands of Tunisian youth took to the streets to protest the lack of economic opportunity in a movement that sparked the Tunisian Revolution. After she graduated from university, Wided felt desperate and hopeless. But after a year of joblessness, things changed. A program at Vistaprint, one of the world's leading printing and marketing companies, linked her to Education For Employment - Tunisia. There, she learned the "soft" professional skills that were so hard to develop in university. When she graduated from EFE-Tunisia, she walked away with more than a certificate: she walked away with a job. Three years later, she is a customer service guru and is working her way up the ladder at Vistaprint. So what's in store for her? Wided sees a bright future for herself as an entrepreneur and business woman.