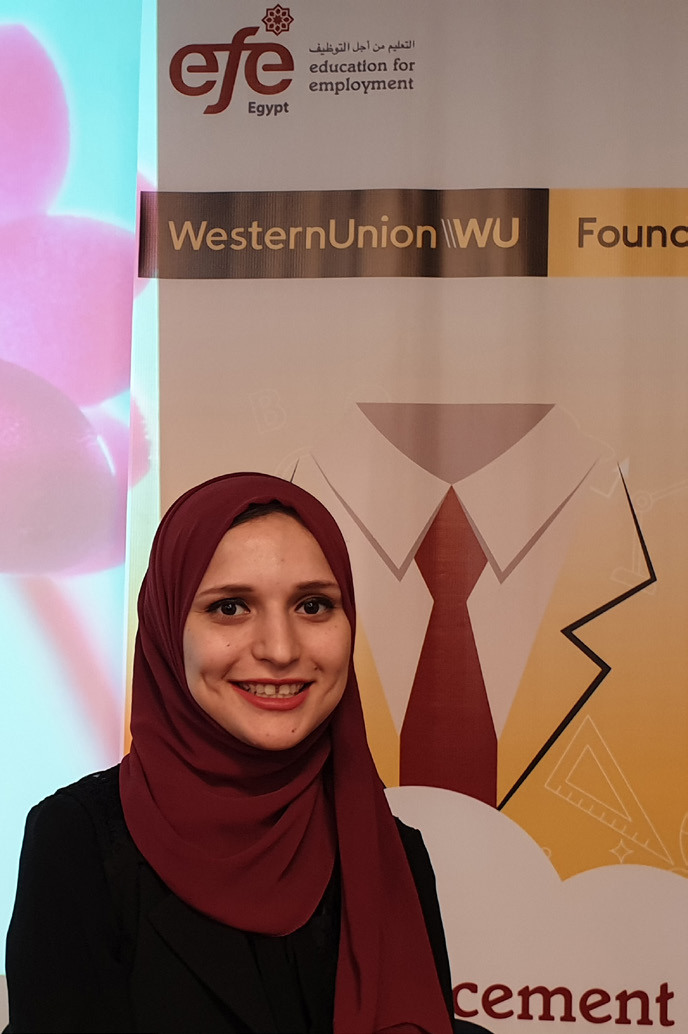 The EFE - Western Union job placement training program is the best thing happened to me. It is the reason why I got my first job, and the first step of a career path that I dreamed of.

When Naglaa graduated from her local university in Sharqeyya, Egypt, she had high hopes. But even after taking supplementary English classes, the job search was a harsh wake-up call.

When she decided to apply for an entry-level role at an international bank branch, she didn’t even pass the first interview. Naglaa felt that she didn’t have the enough knowledge, and the recruiters told her that her C.V. was unclear and too long. She was very nervous, and she couldn’t answer questions about herself and her skills, and left feeling deeply discouraged.

After hearing a friend speak enthusiastically about her EFE-Egypt training program, Naglaa decided to register.

Now, Naglaa sees herself as a totally different person. On the ‘Employment Day’ during her EFE-Egypt training program, she applied for a job at Raya Company, one of the largest call center in Egypt. She passed the first and second interview and is waiting for the final test.

In parallel, she applied for a job as a customer service operator at major telecom company Orange. Even though as a recent university graduate she lacked formal work experience, her interviewers found her professional and CV well-written. She demonstrated that she knew how to speak with managers, and could point to her EFE graduation project as a demonstration of her ability to work in a team. When she told her interviewed of the EFE-Western Union Foundation program, they were “astonished.” She was proud to be accepted in her first job.