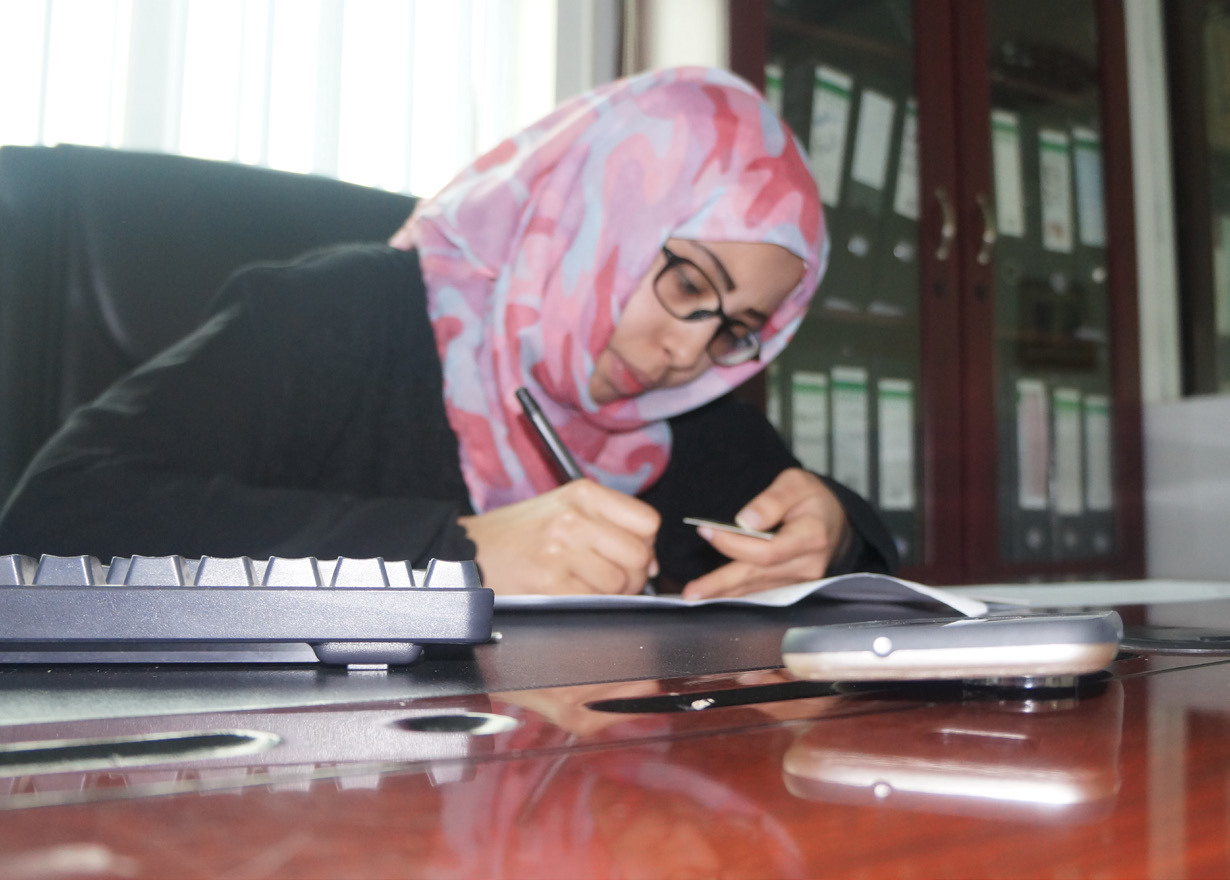 My life has positively changed 180 degrees since I joined Yemen EFE training programs...Before I had attended the Workplace Success program, I was afraid of dealing with people, but now I have become more tactful, courageous, and enthusiastic.

At only 25 years old, Amani has an incredible accomplishment under her belt: she is the youngest CEO of a radio station in Yemen.

Born in Taiz in 1991, she attended Sana’a University Faculty of Engineering and obtained a BA degree in telecommunication engineering in 2014. After a long period of unemployment after graduation, she decided to enroll in Yemen EFE’s training courses. She joined the W2W program at Yemen EFE which includes training in Business English, human resources and Workplace Success soft skills.

“Before I had attended the Workplace Success program, I was afraid of dealing with people, but now I have become more tactful, courageous, and enthusiastic,” Amani says. Through the training courses, Amani became equipped with unique skills necessary in today’s labor market, such as effective leadership skills. As Amani puts it,

“I have become a successful woman, and the credit goes to Yemen EFE.” After Yemen EFE, Amani was able to start her career as a trainee in NATCO Company, which provided her with the experience to obtain higher position. Despite her young age, she has managed to be the CEO of a radio station in Sana’a, Yemen.

Amani’s job has helped to uplift her family amid Yemen’s civil war and economic crisis. As she explains,

“the Yemen EFE program developed my way of thinking and made me more rational and more flexible in dealing with my family… Yemen is going through a bad and hard situation in the absence of economic activity. People have no salaries which is the main source of revenue for them, so my current job helps me to spend on myself and my family.”

With so much success at such an early age, the future looks bright for Amani.