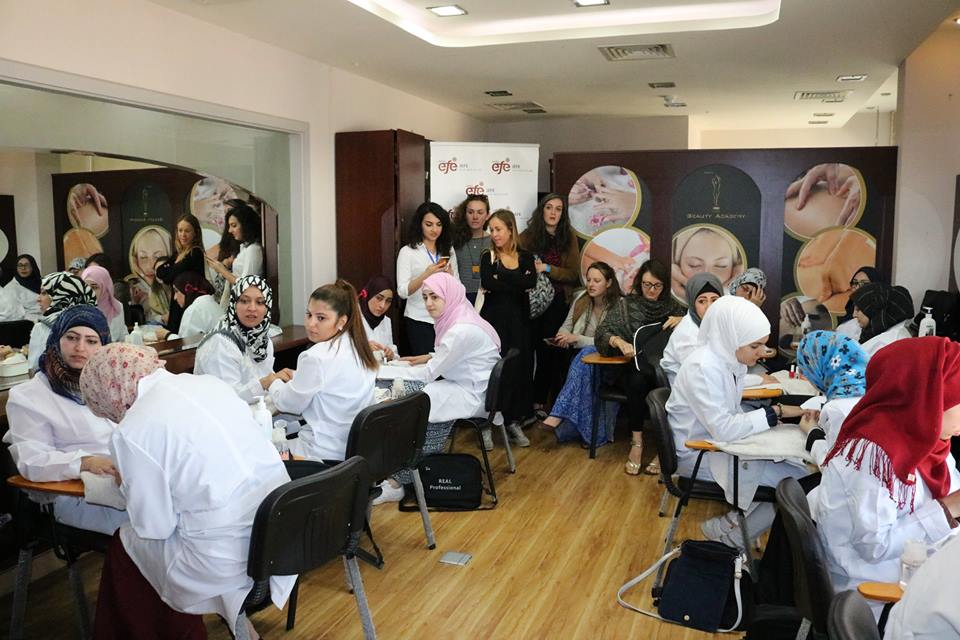 Over 200 Syrian refugees have improved their lives through EFE’s training programs in Jordan. In 2016, the Jordanian government granted Syrian refugees the ability to work legally in some sectors, enabling EFE-Jordan and its partners to offer life-changing skills training and job placement to Syrian refugees for the first time.

EFE-Jordan has successfully implemented a number of programs dedicated to training Syrian refugees and placing them in jobs in areas such as garment manufacturing, beauty, and hospitality. Importantly, EFE-Jordan also provides job training and placement to unemployed Jordanian youth in refugee ‘host communities,’ areas already struggling with high unemployment rates and where an influx of refugees has placed extra strain on government services.

Jordan opened its borders to Syrians after the crisis and it now hosts more than 650,000 registered Syrian refugees. They constitute about 7% of the population, a higher percentage of refugees than any other country in the MENA region. In 2017, 46,000 Syrian refugees received a permit to work in Jordan. EFE-Jordan was one of only a handful of organizations with the experience and track record needed to immediately respond with job training and placement programs for refugees. To find out more about EFE-Jordan’s work with Syrian refugees, click here.